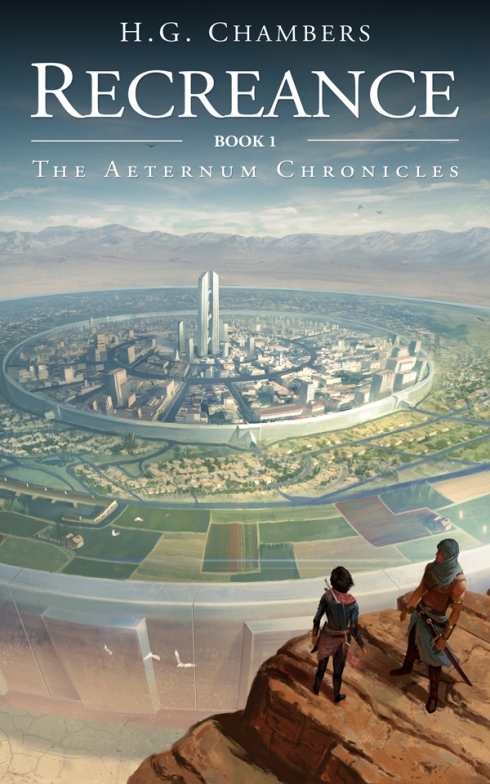 When death is overcome, life may never survive.
Fourteen hundred years after discovering the secret to eternal life, a battered humanity recovers from centuries of conflict known as the Aeternum Wars. Ruled by the all-powerful Ministry, what is left of humankind huddles in the geo-magnetic powered settlement of New Arcadia.
When his parents are murdered by Ministry Breakers, seventeen-year-old Oren is forced to flee into the deadly Miralaja desert, leaving behind his best friend Clementine, and the life he once knew. As clues of his past fall into place, so too are the dark designs of the Ministry laid bare.
Back in New Arcadia, Clementine is driven to the streets, where she is faced with a choice—steal, or starve. Not one to give up, Clem adapts and thrives, using her mastery of geo-tech to earn a small fortune, and a large reputation. Everything was going brilliantly until she took a job infiltrating a Ministry Defense building. Now she too must flee New Arcadia with a dark secret she dares not ignore.
On an epic journey of secret magic and ancient mysteries, Oren and Clementine find themselves fighting not only for their own survival, but for that of all citizens of New Arcadia.

Please join me in welcoming H.G. Chambers to The Book’s the Thing! H.G. is here to talk to us about his technique for describing magic in his writing.

The Rules of Magic

Magic by nature is mysterious, surreal, fascinating, and infinite. It can be as subtle as a whisper, or as brazen as a beam of reality-disintegrating balefire. Magic is a key ingredient in fantasy, and can bring with it a sense of wonder and excitement. Much like magic itself, however, including it in a story without careful consideration can be dangerous. If done poorly, magic can endanger a plot, diminish a book’s believability, and make a story…well…boring.

So what makes magic effective? There are many different philosophies, but most fall into two broad categories: Explicit vs Mysterious.

Explicit magic is, as you may have guessed, explained very clearly to the reader. You learn source/energy behind it, how one might use it, the limitations, and the consequences. As a reader, you get a clear view into the mechanics of the magical talents possessed by the characters. One great example of this is the Wheel of Time series by Robert Jordan. You learn that all magic comes from “the source”, which must be “channeled” by a character. Abilities and skills have names, and are used strategically to counter each other.

Mysterious magic leaves the reader to make their own deductions as to where it comes from, how it was drawn upon, and the true impacts/consequences of using it. A great example of this is Gandalf in Lord of the Rings. Tolkien never really explains why Gandalf has magical powers, or what he can even do. He rarely uses it, and does so with little or no explanation.

Often a story will contain some mix of these two styles. There is no right or wrong approach, it’s simply a matter of preference. There are however, accepted rules around how magic is used. Brandon Sanderson has done a great job in fleshing this out in his Laws of Magic (LINK: https://brandonsanderson.com/writing-advice/). Here are the Laws as he sees them:

Another interesting point he makes (that isn’t explicitly stated in his laws) is that magic should not be used to solve major plot problems, UNLESS the problems get worse as a result (this makes me feel bad for the characters!). It’s all about consequences.

As a reader, you may never have thought about these things – most don’t. Magic done well is like a solid bass line in a live musical performance. When the bass player is on point, you may barely notice, but when they’re off? Oh boy, it can ruin the whole song.

My approach in Recreance, Book 1 of The Aeternum Chronicles was a combination of Explicit and Mysterious magic, leaning more heavily toward explicit. I’ve always been fascinated by cutting edge science – string theory, astrophysics, black holes, quarks, probabilities, etc. My goal was to create a magic system that drew upon existing scientific knowledge, while also incorporating some metaphysical philosophy.

Magic is an art form. It’s an expression of an author’s imagination that takes the reader into a world where incredible feats are wrought, but a good author knows that these feats must not occur without constraints and consequences.

Be sure to enter the Rafflecopter giveaway for your chance to win one of 2 eCopies of Recreance! 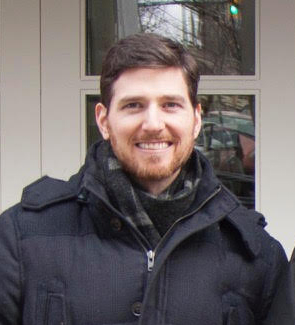 H.G. Chambers is the author of The Aeternum Chronicles. He was born in British Columbia, Canada, but spent his youth on the beaches of Maui. For H.G., adventure has been a recurring theme – whether flying a helicopter in a thunderstorm, or touring with a band down the eastern seaboard, his thirst for the unknown is what inspires his storytelling.

“I have always been fascinated by stories that transport you into incredible worlds where the impossible becomes real; where epic battles between good and evil rage across the centuries. This sense of escape and wonderment are what I hope to embody within my own work.”

Recreance is his debut novel, which is the first of three in the Aeternum Chronicles. Book two will be released early next year.

You can purchase your copy of Recreance from Amazon

2 thoughts on “Guest Post and Giveaway from H. G. Chambers – Author of Recreance”