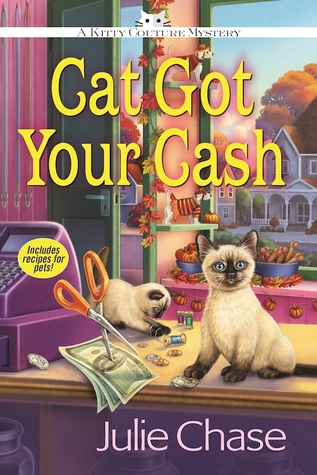 Lacy Marie Crocker’s whimsical pet couture has gained a following in New Orleans’s cozy Garden District, and word of mouth has traveled all the way to her favorite fashion designer, Annie Lane. Lacy’s thrilled when Annie schedules a private session at her home to discuss a companion line for her evening wear, but when Lacy arrives for the appointment, she enters the kitchen to two mewling Siamese cats–and one very dead Annie.

Lacy takes the kittens home to care for them until they can be properly claimed by Annie’s family or friends, but after a busy day of work, she returns home to find them missing. And when Lacy learns the cats are set to inherit Annie’s fortune, she begins to wonder if the killer was after the kittens all along. Now Lacy will stop at nothing to save the Siamese and find justice for Annie–if the killer doesn’t sink his claws into her first.

END_OF_DOCUMENT_TOKEN_TO_BE_REPLACED 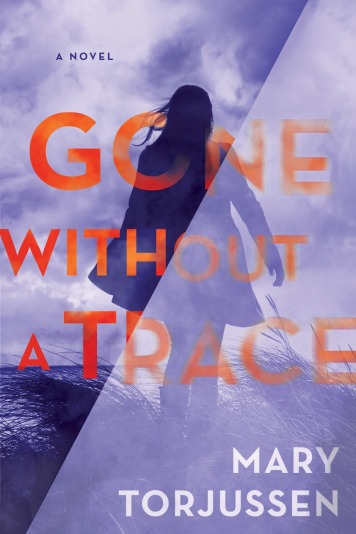 In GONE WITHOUT A TRACE, young professional Hannah returns from work to find her live-in boyfriend, Matt, is gone. His belongings have disappeared from their house. Every call she ever made, every text she ever sent, every photo of him and any sign of him on social media have vanished. It’s as though their last four years together never happened. As she struggles to get through the next few days, with humiliation and recriminations whirring through her head, she knows she’ll do anything to get answers. Where has he gone? Why has he left?

Then the messages start—cryptic and creepy texts and videos—and Hannah realizes that someone is watching her every move. And there are signs that someone has been in her house.

As her search for Matt progresses, Hannah treads further into madness and obsession—and the only way out is to come to terms with the one shocking truth she just can’t accept. . .

For anyone who has ever asked “Was it something I did?” GONE WITHOUT A TRACE brings to chilling light the doubt, fear, and obsession that can lie dormant in our most intimate relationships.

From the imprint that published Fiona Barton’s instant New York Times bestseller The Widow and Clare Mackintosh’s global phenomenon I Let You Go, comes Mary Torjussen’s GONE WITHOUT A TRACE (Berkley Trade Paperback Original; 978-0-399-58501-2; April 18, 2017; $16.00)—an electric, compulsive thriller about a boyfriend’s unexplained disappearance, and its corrosive effects on the woman he left behind.

END_OF_DOCUMENT_TOKEN_TO_BE_REPLACED 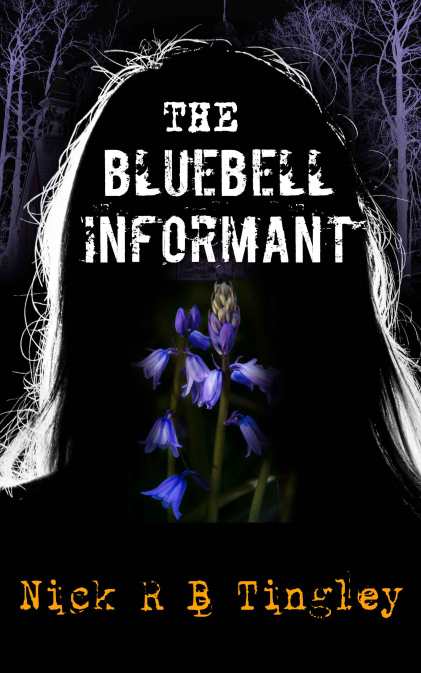 How do you catch a killer who is already dead?

One year ago, the Bluebell Killer killed his last victim. He was shot and killed, leaving behind a legacy of twenty corpses and a name that people will fear for years to come…

A year later, a man is shot in the back of the head and left in a field of bluebells.
Is it a mugging gone wrong? A copycat killer? Or is the Bluebell Killer still out there, waiting to pounce on his next victim?

For DS Evelyn Giles the solution is simple – it’s just another dirty politician caught committing an unforgiveable crime. But with the evidence stacking up against him, Giles’ suspect has one more surprise in store for her…
And his words will throw everything she knows into question…

The past is coming back to haunt DS Giles. She’s already sacrificed much for the lie. The only question is how much more will she suffer for the truth?

An ingeniously, gripping thriller, The Bluebell Informant is a dark, unexpected and emotionally charged debut.

END_OF_DOCUMENT_TOKEN_TO_BE_REPLACED

Quaker midwife Rose Carroll is enjoying the 1888 Independence Day evening fireworks with her beau when a teenaged Quaker mill girl is found shot dead. After a former slave and fellow Quaker is accused of the murder, Rose delves into the crime, convinced of the man’s innocence. An ill-mannered mill manager, an Irish immigrant, and the victim’s young boyfriend come under suspicion even as Rose’s future with her handsome doctor suitor becomes unsure. Rose continues to deliver babies and listen to secrets, finally figuring out one criminal – only to be threatened by the murderer, with three lives at stake. Can she rescue herself, a baby, and her elderly midwifery teacher in time?

Called to Justice is as much historical fiction as it is cozy mystery, and I found both aspects of the story to be riveting. A young, unmarried woman confides in Rose that she is expecting a child, and then ends up being murdered during the Independence Day fireworks celebration. Determined to find justice for the girl and her unborn child, Rose manages to squeeze in a little investigating, between birthing babies and checking on the well-being of her clientele of  local women waiting to deliver.

There was a lot of attention to detail and historical accuracy where the births in the story were concerned. Read on to see what author Edith Maxwell has to say about midwives and the birthing process, and for a chance to win a copy of the book.

END_OF_DOCUMENT_TOKEN_TO_BE_REPLACED

Noemi Vidal is a teen soldier from the planet Genesis, once a colony of Earth that’s now at war for its independence. The humans of Genesis have fought Earth’s robotic “mech” armies for decades with no end in sight.

After a surprise attack, Noemi finds herself stranded in space on an abandoned ship where she meets Abel, the most sophisticated mech prototype ever made. One who should be her enemy. But Abel’s programming forces him to obey Noemi as his commander, which means he has to help her save Genesis–even though her plan to win the war will kill him.

Together they embark on a daring voyage through the galaxy. Before long, Noemi begins to realize Abel may be more than a machine, and, for his part, Abel’s devotion to Noemi is no longer just a matter of programming.