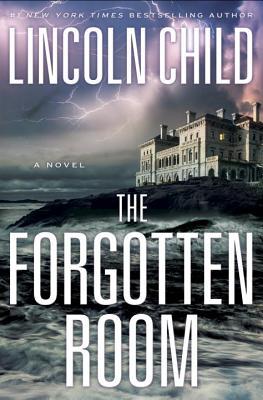 Dr. Jeremy Logan is an enigmologist called in to investigate the strange death of a scientist at Lux, a think-tank where Dr. Logan himself worked for a short time before being ousted for his non-traditional work. The scientists sudden strange behavior right before his death has the administration concerned enough to call in an expert, and due to the nature of the death, they decide that Jeremy is the perfect person to bring in to investigate.

He discovers a secret room in the west wing of the Lux complex, one that had just recently been discovered during some renovation work being done there. There is some strange equipment in this room, and evidence that someone else has been frequenting the room. Dr. Logan has to find out what research was being done in this forgotten room, and who might be trying to continue that work now.

It had an intriguing plot, and interesting characters, but some of Jeremy’s decisions and actions left me questioning his supposed intelligence in this one. It’s still a decent thriller though, and fans of the series won’t want to miss it.

5 thoughts on “Review – The Forgotten Room by Lincoln Child”