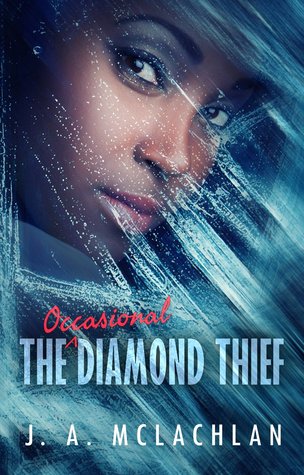 Kia is a 16 year old girl with a troubled family life and a penchant for languages. When her father dies, leaving her with a mother who seems to despise her and a sister who won’t give her the time of day, she leaves home and starts school to become a translator. After being caught stealing to finance her new life, she is sent to Malem to act as a translator for a Select (a religious title, something akin to a nun or priest) named Agatha. This is the same world where her father contracted the illness that eventually killed him. It’s also the world where her father acquired the gem he gave her right before he died – a Malem diamond that it is illegal for anyone who is not Malemese to posses.

I really enjoyed this story. Kia didn’t seem to be able to get a break at all, and even thought being sent to Malem kept her out of prison, it still seemed like punishment for her. Once she and Agatha arrived on Malem, the story kept moving at a pace that kept me reading, wanting to know what was going to happen next. Both Kia and Agatha were well developed, likable characters who learned and grew throughout the story. Sometimes I wanted to shout at Kia for her behavior, but considering her age it was perfectly appropriate.

There was no cliffhanger ending, and it may turn out to be a standalone novel, but I wouldn’t be surprised to see more adventures for Kia in the future.

Disclaimer – I received a free digital copy from the publisher in exchange for an honest review.