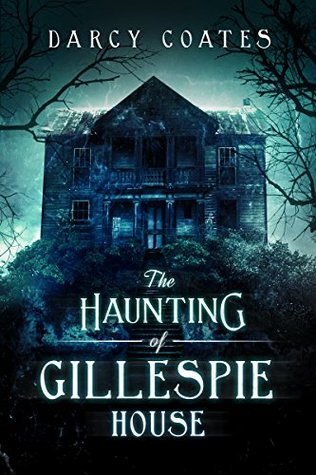 Elle can’t believe her luck; she’s spending a month house-sitting the beautiful Gillespie property. Hidden near the edge of the woods and an hour’s drive from the nearest town, its dark rooms and rich furniture entice her to explore its secrets. There’s even a graveyard hidden behind the house, filled with tombstones that bear an identical year of death.

If only the scratching in the walls would be quiet…

The house’s dark and deadly history quickly becomes tangled with Elle’s life. At the center of it is Jonathan Gillespie, the tyrannical cult leader and original owner of the house. As Elle soon learns — just because he’s dead, doesn’t mean he’s gone.

This was my second Darcy Coates book in as many weeks. The Haunting of Gillespie House is a good creepy ghost story, and that is exactly what I was hoping for. The heroine of this story is much more likeable than the last one I read, and the way it was told in first person made it feel somewhat more intimate. There’s nothing too gory, and I won’t be having any nightmares after reading it, but I definitely wanted the lights on while I was reading! I would almost call this “cozy horror”, and I really enjoyed it.

There was a short story included in the book called Crawlspace, and I think it was scarier than the main novel. Make sure you don’t skip it if you read the book!

The Haunting of Gillespie House and many other Darcy Coates novels are available on Kindle Unlimited if you happen to be a subscriber. 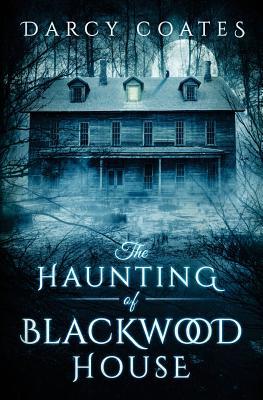 Could you survive a week in a haunted house?

Mara is the daughter of spiritualists. Her childhood was filled with seances, scam mediums and talk of ghostly presences.

When Mara finally left her family’s home, she vowed she would never allow superstition or false religion into her life again. Now she’s ready to start over with her fiance, Neil, in a world based on rationality and facts.

But her past isn’t ready to let her go just yet.

Mara and Neil purchase Blackwood House, a derelict property outside of town. They’re warned about strange occurrences in the crumbling building. Doors open by themselves, voices whisper in the night, bloody handprints appear on the walls, and cold spots linger in the basement, where the house’s original owner was murdered.

But Blackwood was dirt-cheap and came with a large plot of overgrown land. Mara loves her new home, and disregards the warnings.