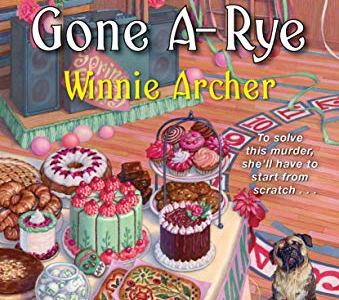 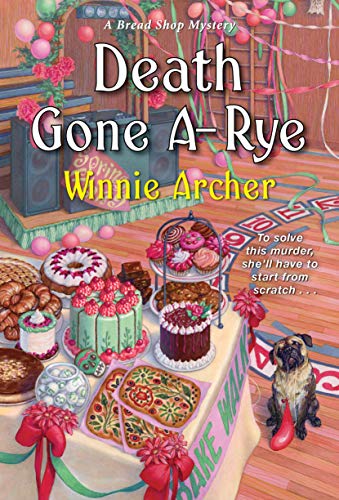 In the Northern California seaside town of Santa Sofia, a killer is trying to get a rise out of baker’s apprentice Ivy Culpepper . . .

Vincent van Dough focaccia is being touted on Instagram as the best thing since sliced bread. By strategically placing chives, olives, and yellow peppers to look like poppies and sunflowers, bakers create a mouthwatering masterpiece in the style of the great postimpressionist painter. At Yeast of Eden, where bread making has always been an art, they’re baking their own version for the school district’s Spring Fling.

But one person won’t be tasting the Mexican bakery’s latest specialty. Ambitious school board president Nessa Renchrik has been murdered. Like the rest of this close-knit community, Ivy is shocked. But she’s just as surprised to discover her beau—restaurateur Miguel Baptista—had his own fling with Nessa back in the day and now the police have this half-baked notion he might have killed her. It’s up to Ivy, her boss Olaya Solis, and eighty-six-years-young Penelope Branford to separate the wheat from the chaff to determine who the real culprit is . . .

END_OF_DOCUMENT_TOKEN_TO_BE_REPLACED 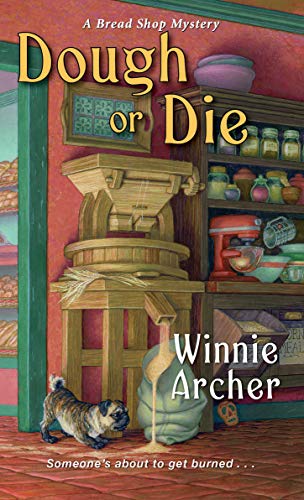 END_OF_DOCUMENT_TOKEN_TO_BE_REPLACED

Everyone swears by Yeast of Eden, the Mexican bread shop in town. But tonight, the only thing on the menu is la muerte . . .

Struggling photographer Ivy Culpepper has lots of soul-searching to do since returning to seaside Santa Sofia, California. That is, until the thirty-six-year-old enters a bread making class at Yeast of Eden. Whether it’s the aroma of fresh conchas in the oven, or her instant connection with owner Olaya Solis, Ivy just knows the missing ingredients in her life are hidden among the secrets of Olaya’s bakery . . .

But Ivy’s spirits crumble when a missing classmate is suddenly discovered dead in her car. Even more devastating, the prime suspect is Olaya Solis herself. Doubting the woman could commit such a crime, Ivy embarks on a murder investigation of her own to prove her innocence and seize the real killer. As she follows a deadly trail of crumbs around town, Ivy must trust her gut like never before—or someone else could be toast!