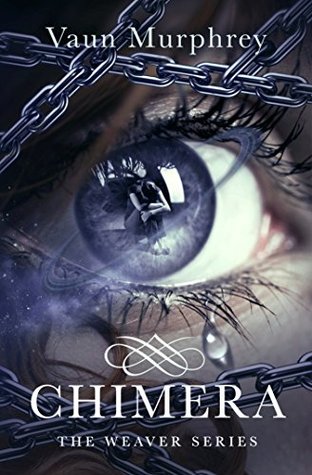 Book 1 of the Weaver Series

The is the story of Cassandra Rainbow, who has been held in captivity since her parents were killed in front of her when she was 5 years old. Now, eight years later, she is rescued by her Uncle Gerome, an uncle she didn’t know about. She goes to live with Gerome and his wife Maggie in a compound with other Weavers, like them. Having been in captivity since she was a child, it takes her some time to adjust to her new found freedom, and to understand who, and what, she is. Even though she is only thirteen, she decides that she will try to stop a civil war and kill the man who held her captive and murdered her parents. That would be enough for any teenage girl to deal with, but Cassandra also has to get used to the idea of a twin sister she never knew she had. An invisible twin, who lives in the web and talks to Cassandra inside of her head. When her uncle brings home a friend from another planet, things really start to get interesting….

A unique premise, and a good start to a new young adult series.

Warning to younger readers – there are a few brief scenes describing inappropriate and unwelcome touching near the beginning that might be disturbing.