Please welcome Jean Rabe, author of The Dead of Winter, to The Book’s the Thing.

In a deceptively peaceful county, a murderer hides in plain sight…

Fifty-eight minutes into her first day on the job, twenty-three-year-old Sheriff Piper Blackwell is faced with a grisly murder-the victim artfully posed amid decorations on his lawn. Drawing on former military training, Piper must prove herself worthy of the sheriff’s badge, and that won’t be easy.

Chief Deputy Oren Rosenberg, Piper’s opponent in the recent election, doesn’t like her and wants her to fail. She doesn’t like him either, but she needs Oren to help catch the killer before another victim is discovered. Too late!

As Piper leads the manhunt, another crisis hits close to home. Her father, the previous sheriff, is fighting for his life, and she is torn between family and duty. Facing personal and professional threats, Piper has to weather a raging storm, keep the sheriff’s department from crumbling around her, and reel in a killer during the most brutal winter sleepy Spencer County, Indiana, has experienced.

Going Around the Board
by Jean Rabe

I learned how to play euchre when I was seven. It was checkers before that, chess after. Wargames in my high school years. Dungeons & Dragons when I was in college.

I totally dig gaming. It is an integral part of my life. If you ask me who I am, I will say a writer and a gamer.

My initial brush with Dungeons & Dragons was at the first-ever Windycon science fiction convention in Chicago (yes, I am dating myself; I’ll leave it to you to look up the year). After all the SF panels had ended, I went to the con suite. I was a teenager, too young to legally drink (and afraid of alcohol anyway). So I almost turned around and left . . . but there were these colorful folks—who’d apparently been in the costume competition—sitting cross-legged on the floor playing a game. They invited me to join in.

I didn’t see the game again until my junior year in college. Again, alcohol played a part. Or, rather, my desire to stay away from drinking. A group of students in my dorm at Northern Illinois University played games on weekend nights rather than go to happy hour at the various bars that advertised two-for-one specials. Gaming was a cheaper pastime…and it was more fun.

My college Dungeon Master served as my Maid of Honor when I got married; I still stay in touch with her. I had met my husband in another D&D gaming group . . . and we still play, though our game of choice is Pathfinder now. To this day I run my own campaign, as well as play in tournaments at the Armored Gopher (my favorite local game store). I can’t imagine not playing games.

My love of games lured me away from the newspaper industry, where I’d been a reporter and news bureau chief for Scripps Howard. I took a job at TSR, Inc. (the makers of D&D), first running the Role Playing Game Association Network, and then working as a game designer. Throughout those years I played in more games than I care to think about. Among my game writing credits are the 2nd Edition D&D evil dragons and giants, Krynnspace, and Cities of Mystery. That led to writing game-based fiction, namely a lot of Dragonlance books. In one novel I got to kill Goldmoon—with Margaret Weis’s blessing. Unfortunately, I had to unkill her in the next book because the game designers wanted to use the character in some upcoming products.

TSR, Dragonlance . . . those were some wonderful years. Times gone, but certainly not forgotten. Just as I’ll never forget my first-ever roleplaying dip in the con suite of Windycon. I played an elven fighter wearing chainmail. Geeze, I still remember that. I got to kill an orc. (And at that convention I met Joe Haldeman. The Joe Haldeman…we’ve run into each other many times since, and I politely coerced him to write a few short stories for some of the anthologies I edited.) In college it was an elven wizard who possessed a broom of flying. Funny . . . today I just created a dwarf—Feldspar Ironbeard, a ranger who will stealthily join the campaign a friend is starting. I actually like playing dwarves the best. Though I have to admit the Dexterity bump you get from having an elf is nothing to shake a wand of defoliation at.

I’ve spent vacation time at game conventions. In the spring, four days in Milwaukee were filled with WWI air combat sessions, moving cardboard Sopwith Camels around elaborately-painted boards. The summer brought Origins and Gen Con, the fall and winter Pathfinder at local cons. And scattered weekends: Axis & Allies, Power Grid, an assortment of train games, and whatever else I pull down off the shelf.

Tupak Shakur once said: It’s the game of life. Do I win or do I lose? One day they’re gonna shut the game down. I gotta have as much fun and go around the board as many times as I can before it’s my turn to leave.

I’m happily still going around the board.

Playing games has influenced my fiction writing. I get ideas for novel characters from characters I play in various games. And I get help with some of the plot intricacies from fellow gamers. Yesterday I played a session with an archaeologist…who’d just returned from Italy. SCORE. I am writing a novel with an archaeologist character excavating a site in the catacombs beneath Rome. I asked questions, made notes, went away oh so happy! I’ve also gamed with policemen, computer programmers, ex-military, etc. … and all of them happily shared their expertise to flesh out characters in my fiction.

Without gaming writing would be more difficult, eh?

Next weekend I’ll bring out the dice again.

Gaming makes me a better writer. 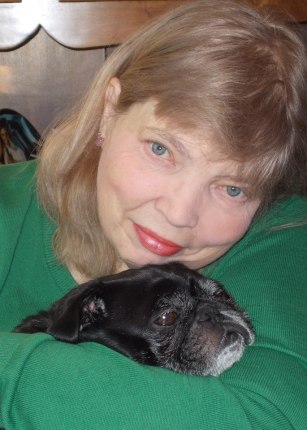 My latest novel, The Dead of Winter, is set for a November 1 release. One of my dear gaming friends, Bill Gilsdorf, helped with the sheriff department details.

Find The Dead of Winter on Amazon by clicking here: https://www.amazon.com/Dead-Winter-Piper-Blackwell-Mystery-ebook/dp/B01LY5X4BB/ref=sr_1_1?ie=UTF8&qid=1475603013&sr=8-1&keywords=the+dead+of+winter+by+jean

You can find my blog at: http://jeanerlenerabe.blogspot.com/

And my Amazon author page at: https://www.amazon.com/Jean-Rabe/e/B00J1QR5U2/ref=ntt_dp_epwbk_1

My personal webpage is at www.jeanrabe.com