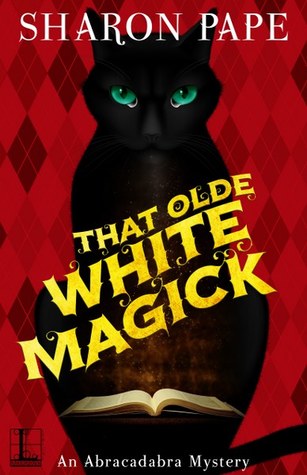 Kailyn Wilde enjoys running her shop, Abracadabra, in the quaint New York hamlet of New Camel, where she lives with her six cats. Her family’s been here for centuries, and she’d like to keep up the tradition. But the place may never be the same if a big hotel gets built, so she does her civic duty and attends a town meeting along with her aunt Tilly . . . and Merlin. Yes, that Merlin—though he gets introduced to folks as her “distant English cousin.” The wizard is pretty grumpy about being transported here, but there are things about the modern world he doesn’t mind—like pizza.

Kailyn was prepared for a heated debate about the hotel, but she wasn’t expecting murder. When Tilly finds the body of a board member outside the schoolhouse, Kailyn doesn’t want any suspicion cast on the wrong person. She plans to crack this case, even if she has to talk to every living soul in town—plus a few departed ones . .

Kailyn Wilde runs a magic shop in New York. She attends a town council meeting with her aunt Tilly regarding a big, modern hotel that has been proposed that would impact her business. Before things have a chance to get started, however, Aunt Tilly has discovered the dead body of one of the council members. Once again, Kailyn and Tilly have to find a murderer before the wrong person is accused, or the murderer strikes again.

I really enjoyed this story – it has cats, magic, murder, and a pizza-eating incarnation of the wizard Merlin. Add to that one clever shop owner and a dash of humor, and this series is fast becoming one of my favorites.

That Olde White Magick is book two in the series, and while you could probably start here, I’d go back and read book one (Magick & Mayhem)  first if you haven’t already. You’ll enjoy this one even more if you understand where all of the characters come from and their history together. 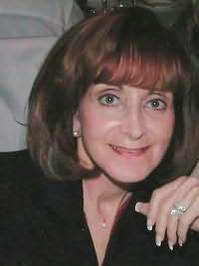 I started writing stories as soon as I learned how to put letters together to form words. From that day forward, writing has been a part of my life whether it was my first attempt at a novel in seventh grade or the little plays I wrote for my friends to perform for neighbors and family. After college, when I was busy teaching French and Spanish to high school students, I was also writing poetry — some of it in French.

After several years, I left teaching to be a full time mom, and when my two children started school, I went back to writing. To my delight I found that the muse was still there, still waiting patiently for me to come around. My first novel, Ghostfire, was published at that time. It went on to be condensed in Redbook magazine (the first paperback original the magazine had ever condensed.) Then came The God Children and The Portal. Redbook also published my first short story, which was subsequently sold to several foreign magazines. With two great kids, a golden retriever and a loving, supportive husband (whom I’d met at the beach when I was fourteen — but that’s a story for another day), I felt like I was exactly where I was meant to be in my life. But fate had another plan for me, and it went by the name of “breast cancer.”

Looking back, I realize how fortunate I was that the cancer was discovered at such an early stage, but at the time it was all very overwhelming. Once I was back on my feet, I wanted to help other women who were newly diagnosed, worried and afraid. I became a Reach to Recovery volunteer for the American Cancer Society and went on to run the program for Nassau and Suffolk Counties on Long Island. A number of years later, with the help of my surgical oncologist and two other volunteers, I started Lean On Me, a nonprofit organization that provides peer support and information to breast cancer patients. When Lean On Me celebrated its tenth anniversary it no longer required as much of my time, and I once again found myself free to pursue my first love — writing.

2 thoughts on “Review – That Olde White Magick by Sharon Pape”