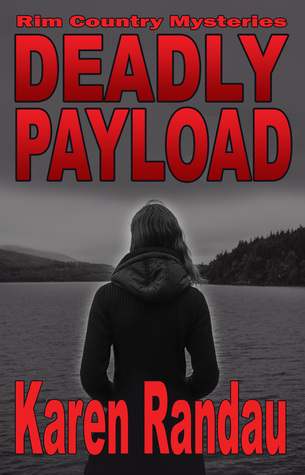 Synopsis:  Dead birds raining from the sky. Poison in the water supply. Spies on the back porch.

A lifeless crow shatters the windshield as Rita Avery, her daughter-in-law, and her granddaughter arrive at Arizona’s Rim Vista Park. Rita dodges bird carcasses on the road home, where she finds her husband Cliff and son Travis gravely ill from a mysterious pathogen with no cure.

The CDC assembles a team to create a cure, but Rita doubts it will arrive in time to rescue Cliff, Travis, and dozens of her friends and neighbors.

In a race to save her family, her community, and potentially thousands more Americans, Rita launches her own investigation. She partners with a certified herbalist and a homeless war veteran dubbed Crazy Mary.

But the more clues Rita uncovers, the deeper she finds herself in the middle of a ruthless plot that could unleash a wide-ranging American disaster. And the culprits aim to stop her at any cost.

Before it’s too late for her loved ones, Rita must thwart the next attack on innocent civilians.

This book starts with a shock (dead birds raining from the sky, anyone?) and the tension remains fairly steady throughout. Something in town is making people very ill and recently licensed PI Rita Avery is determined to discover what is going on in time to save her husband and her son.

There are some interesting characters in this book, including Mary, a homeless vet who suffers from PSTD, and Taylor, Rita’s herbalist / nurse friend. Even though this is book #4 in the series, enough little bits of backstory were given that it wasn’t hard to understand the relationships between the characters.

Rita is a fairly tough character without being wonder-womanish. It’s nice to see that she can be frightened and has feelings like any other human being but goes on despite those things.

This story would have received a higher rating for me if not for the dialog. I enjoyed the storytelling portions, but the dialog didn’t ring true. It sounded forced and somewhat unnatural to me, and that occasionally had the effect of pulling me back to reality when I had been immersed in the story.

Thank you to the publicist for a free copy of the book, which I read and reviewed voluntarily. All thoughts / opinions are my own.