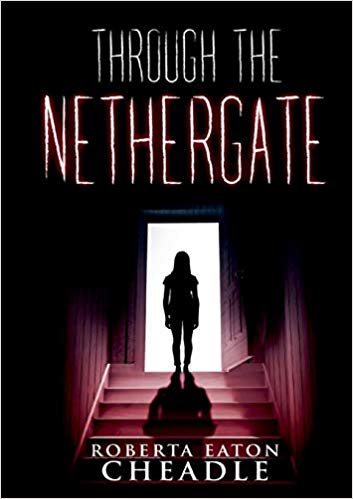 Margaret, a girl born with second sight, has the unique ability to bring ghosts trapped between Heaven and Hell back to life. When her parents die suddenly, she goes to live with her beloved grandfather, but the cellar of her grandfather’s ancient inn is haunted by an evil spirit of its own.

In the town of Bungay, a black dog wanders the streets, enslaving the ghosts of those who have died unnatural deaths. When Margaret arrives, these phantoms congregate at the inn, hoping she can free them from the clutches of Hugh Bigod, the 12th century ghost who has drawn them away from Heaven’s White Light in his canine guise.

With the help of her grandfather and the spirits she has befriended, Margaret sets out to defeat Hugh Bigod, only to discover he wants to use her for his own ends – to take over Hell itself.

Through the Nethergate is a young adult paranormal story revolving around a young girl, Margaret, who moves into her grandfather’s inn and is confronted with an abundance of spirits. The majority of these spirits only want Margaret’s help to set them free, but she will discover that some have much more sinister plans for her.

I found this young adult novel to be a quick, entertaining read. Margaret is a brave young woman and someone it’s easy to root for. Some of the spirits come straight out of the history books, which makes them that much more engaging. I think most middle-grade and younger teens with a taste for spooky stories will really enjoy this one.

I feel privileged to be able to share with you the following guest post from the author, Roberta Eaton Cheadle.

The use of technology in Through The Nethergate

One of the recent reviews for Through the Nethergate states the following:

“Another interesting aspect of the book is the way technology is identified as a vehicle for evil. Hell looks like an office building full of cubicles. Cheadle ties in current events including the war in Syria, mass shootings, xenophobia, economic disenfranchisement, and “fake news” – all the work of the devil.” – Amazon review

I made use of a lot of different types of technology in Through the Nethergate. I chose to do this when writing this book for young adults, as technology is what makes our modern world go around. It is hard for me to believe, looking back over my life, that I received my first computer when I started my articles for my training as a chartered accountant when I was 24 years old. Prior to that, I didn’t have a computer and all my work for school and university was done by hand. Nowadays, I can’t imagine you could manage a university course without access to a laptop, the internet and possibly a cell phone.

The innovation of the internet has been a wonderful thing for mankind. Knowledge and information is at your fingertips and all you need to do is key a topic into a search engine and literally hundreds of related articles come up for your to browse. Of course, every good invention, also has its equal and opposite use for negative purposes. The internet has also enabled people to learn how to make bombs and other weapons of destruction and allows evil people to spread their messages on social media platforms. Social media also allows like-minded people to group together and share negative thoughts and ideas in a way that creates cults and anti-social sects.

In Through the Nethergate, the devil created the dark internet to promote his own evil agenda. He thinks that Margaret’s powers will help him extend his influence as detailed in the following extract:

“I am all knowing,” the nasty smirk reappeared on Lucifer’s face. “Your powers will help me extend the influence of my dark web and my power. “You stupid humans don’t even realize that I control it. It is my greatest recruitment platform. The best invention I have ever inspired.”

Margaret had retreated so far against the wall that her back touched it. Cold fire burned through her shirt and jeans and she jerked forward in panic.

She racked her brain for information about the dark web. She didn’t know much about it other than it is the World Wide Web content that exists on dark nets that use the Internet but can’t be accessed through usual search engines. Specific software, configurations or authorizations are needed to access its content. It wasn’t used by people like her. Margaret had heard horrible things about potential terrorists using the dark web to find information on building weapons of mass destruction. It seemed to be a method of indoctrination of people into organized groups of terrorists, Satanists and other undesirable connections. It was a way for them to pass on information and contact each other.

Margaret was not surprised that the dark web was controlled by the man in front of her. It made perfect sense to her. She did not want to be a part of his demonic plans for recruitment.

Just play along, the thought came into her mind. I’m not in a position to fight this man. I have no choices right now.:

Lucifer tells the ghosts of the numerous girls who died at the hands of Countess Elizabeth Báthory, one of the world’s most notorious female serial killers, about how he is using his dark internet to create chaos and confusion in the world. Margaret’s interaction with these girls enables them to reincarnate and become useful recruits for Lucifer in his new plan for world domination. The extract below is from Lucifer’s recruitment speech to the girls:

“What we want,” said Lucifer, throwing his arms wide to embrace the throng in front of him, “is chaos and confusion. The increase in right-wing politics and populism in Europe and the opposition to immigration has created the perfect environment for a war. War and revolution are breeding grounds for the perpetration of evil and swell the ranks of my followers and future subjects.”

“Chaos and confusion,” chorused the gathering, “that is what we want.”

“My recent campaigns to control selected media in the world and ensure that different populations of people are drip fed my one sided and biased messages, as well as my control over the dark web, are leading to great successes in my efforts to destabilise the most powerful countries in the world. Younger people in their late twenties and early thirties, fearing that they are not going to live as well as their parents did, together with their obsession with the Internet, have played right into my hands. The Internet allows individuals to seek out and find exactly what they want to hear. It enables like-minded humans to group together and build up rationale and momentum for their specific ideas on situations and it allows this to occur globally.”

Lucifer stopped and smirked. “All of these things have played right into our hands. You are going to help me push the fractured modern society over the edge and into World War Three and I am going to help you pass through the Nethergate.”

The cheering went on and on. It was so loud and raucous that Margaret had to hold her hands over her ears.

Shock at Lucifer’s words, which held the ring of truth, coursed through Margaret’s body. Her nerves felt tingly and agitated, as if a mild electric charge had passed through her body. She felt very alone and helpless.”

Of course, technology isn’t only used by Lucifer and his dark incarnates. Margaret, her grandfather and their good incarnates also make use of cell phones and the internet to help them in their fight against Hugh Bigod and Lucifer. 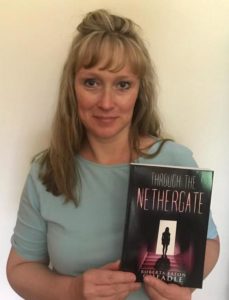 ‘I am an author who has recently branched into adult horror and supernatural writing and, in order to clearly differential my children’s books from my young adult and adult writing, these will be published under the name Roberta Eaton Cheadle. My first young adult supernatural novel, Through the Nethergate, has recently been published.

January 16 – I Read What You Write – REVIEW, CHARACTER GUEST POST

January 20 – I’m All About Books – SPOTLIGHT