END_OF_DOCUMENT_TOKEN_TO_BE_REPLACED

Somebody I Used to Know by David Bell 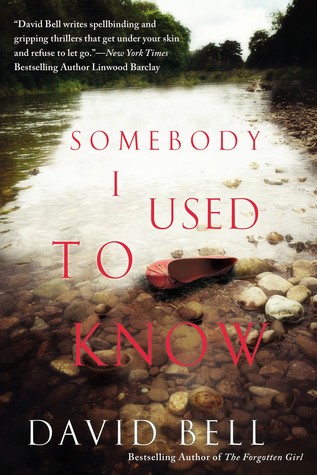 Nick Hansen is a recently divorced social worker living alone with his dog Riley. His ex-wife is sure that he never stopped loving his college girlfriend Marissa, who was killed in a college campus house fire 20 years earlier, and that’s one of the reasons that they are no longer together. On his way home from work one evening, he sees a girl in the supermarket who looks so much like Marissa that he is compelled to speak to her. As soon as he asks about her family, she turns and runs from the store. The following day, police arrive on his doorstep to ask him if he knew a girl who has been found murdered at a local hotel. They show him a photo, and it is none other than the girl from he market. Even worse, she had his name and address on a slip of paper in her pocket when they found her.

Wanting both to clear his name and to lay to rest his suspicion that this could somehow be Marissa’s daughter, even though she would have been born after Marissa died in the fire, he enlists the help of an old college friend to investigate the girl’s death.

This was a great thriller! I had suspicions about some things (which I can’t mention because I don’t want to spoil anything!) early on, but only suspicions. The author keeps things moving at a good pace, and I felt as invested in Nick’s investigation as he was.

I highly recommend this book to anyone who loves a good mystery or thriller. And you don’t just have to take my word for it – check out these reviews from The Hidden Staircase and Jewel’s Eclectic Books!

What Are You Reading Wednesdays is a weekly meme hosted by Its A Reading Thing. To participate, open the book you are currently reading to page 34 (or 34% in your ebook) and answer these three questions. If you have a blog, leave a link down in the comments so that others can visit and see your post. If not, just leave a note with your answers.

My answers for this week:
1. Somebody I used to Know by David Bell

Released today, but I have an ARC and I’m halfway through! It’s turning out to be a quick read because it is hard to put down. 🙂

3. Sure – nothing wrong with the setting in this one. There are some unsettling things going on, but they could occur anywhere…

So, what are you reading this Wednesday? Leave me a comment to let me know!