Speaking In Bones by Kathy Reichs 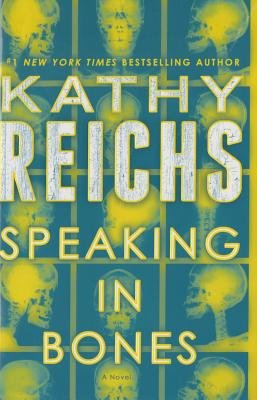 In Speaking in Bones, Temperance Brennan (Tempe to her friends)  is approached by a woman named Hazel Strike who claims to have information regarding an unidentified set of remains in the lab. Hazel is a websleuth, an amateur who tries to solve cold cases using information available on several websites dedicated to the pursuit. Skeptical and busy as always, Tempe isn’t convinced until Hazel herself turns up dead. On other fronts, Tempe still can’t decide what to do about Lt. Andrew Ryan and his marriage proposal.

This was a good mystery, full of twists, and fast paced. Tempe thinks she knows who killed Hazel and who the remains belong to only to find herself proven wrong. I was kept guessing right along with her. While I really enjoyed the mystery, Tempe’s indecision regarding her on again / off again relationship with Detective Ryan was starting to get to me. There was some resolution on that front near the end though, which is why the book gets 4 stars from me instead of 3.

If you’ve been following the series, you won’t want to miss this installment. While the mystery is completely stand-alone, I think this is one that will be more enjoyable if you read at least some of the earlier books first.

***Disclaimer: I received a free review copy of this book from NetGalley in exchange for an honest review***

9 thoughts on “Review – Speaking In Bones by Kathy Reichs”