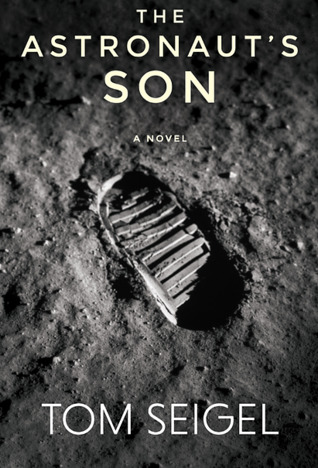 The Astronaut’s Son is an intriguing literary thriller. I can’t say that I particularly liked Jonathan Stein, but I definitely wanted to see him find the answers he was seeking regarding both his father’s fate and the secrets some NASA scientists may have been hiding at the time of the first moon landing. Saying much more would give too much away, but I can say that The Astronaut’s Son is a well-plotted novel with an interesting premise and overall, a very thought-provoking read.

Enter my Rafflecopter giveaway for your chance to win a copy of THE ASTRONAUT’S SON, a package of freeze-dried astronaut ice cream and a gift card for 2 movie tickets. (US ONLY) If the book puts you in the mood for more space exploration, you could use the tickets to go and see the Neil Armstrong movie, First Man which opens on October 12!

Want to read more reviews and get more chances to win? Visit all of the other blogs on the tour.

Thank you to NetGalley and the publisher for the chance to read and review this book.